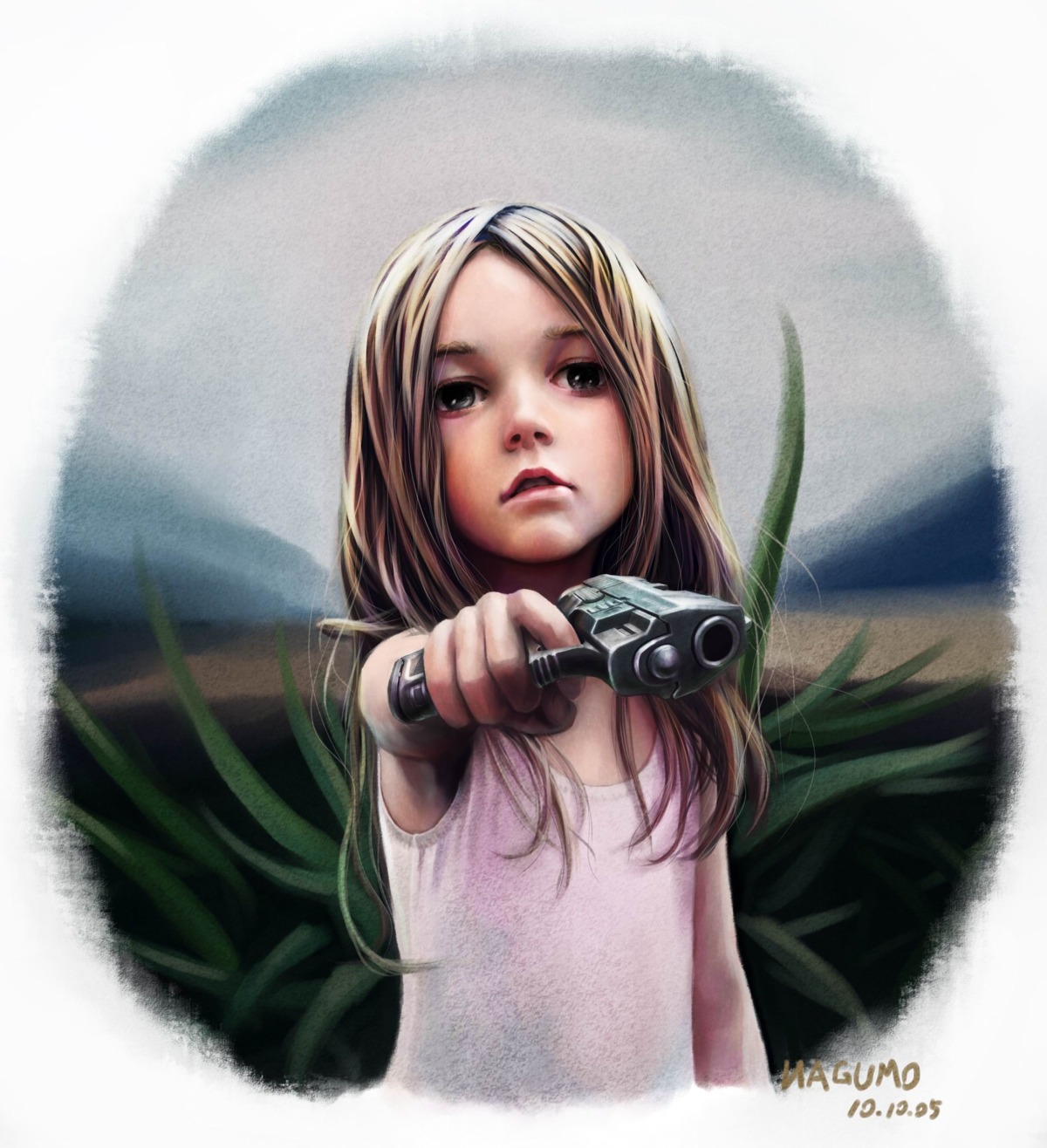 over 10 years ago
Now thats a good deterrent against pedobear.

yeah the realism is sort of creepy - if Gunslinger Girl looked like that it would be downright disturbing.

Me getting hunt down by little kids and then getting torture to death.
I think i have bad dreams and that probably why i dont like little kids
Yet i still like it

I hope the recoil knocks out some teeth.

So, this isnt loli, there's no tag and the art syle is definitely not.

So distrubing it's awesome.

"you killed my father prepare to die"

this is awesome hahaha

If this had the loli tag I would lose all sanity.

over 10 years ago
The best way to die
ATARAX

Probably not illegal, even in the US it's not illegal in all states (varies some from state to state and by type of gun (long gun (aka rifle) is treated differently than handguns because of hunting). This type of image could be done as an art photograph just fine, although the gun would be unloaded obviously. Actually I think I've seen some "art" quite similar to this with a loli with a handgun. Oh, and don't forget Léon (aka The Professional), which had a loli Natalie Portman firing a handgun out a window a few times at random. Not the type of art I like, but some people do like it so it exists. ヾ(´･ω･｀)

LegLicker said:
A cute little girl starting her life as a serial killer!
Better warn the animals to stay away!

This is one loli that pedobear will probably be avoiding. (￣▽￣)ノ

animetfw said:
If this had the loli tag I would lose all sanity.

Only reason it doesn't is because loli's just for questionable or explicit rated images. （￣ー￣）

i just noticed....if you assume she is making eye contact with you...the level if the gun should be pointed at your crotch...

tktk123 said:
i just noticed....if you assume she is making eye contact with you...the level if the gun should be pointed at your crotch...

Smart girl, the kickback will draw her arm up so she'll get them in the belly or chest. (￣▽￣)ノ