« Previous Next » This post is #4 in the The World of Star Driver pool.

CV: Miyano Mamoru
A 15-year old boy who said that he left the mainland for Southern Cross Island to “enjoy his adolescence.” With a bright and optimistic personality and a dashing figure, he started school and became popular on campus right away. He’s also the “Galactic Pretty Boy” who managed to apprivoise (form a relationship with) the Cybody “Tauburn.”
“Generally speaking, Takuto is an optimist. Because he’s still just 15 years old, he has many immature aspects, but if you embrace those immature aspects, it creates the sense of a bright, lively and fun
boy.” (Enokido)
“He’s the boy who’d be the main character of this world if Takuto hadn’t come to Southern Cross Island. Everything is moving around him. He has the potential to become the Star Driver of the strongest Cybody, but that ability was sealed.” (Enokido)
Shindou Sugata
CV: Fukuyama Jun
A 15 year old boy who saves Takuto with Wako. Heir to one of Southern Cross Island’s distinguished families, the Shindou clan, and master of his family’s ancient martial art. Cool and intellectual, he looks like he’s keeping some sadness to himself, but he’s very popular at school. He has the qualifications to apprivoise the King’s Cybody.
Three people met by chance at the source of the starry sky—Takuto, Wako and lastly Suguta. The three who met on the shore with softly crashing waves later became classmates at the Southern Cross High School and passed their days of adolescence together. As a shrine maiden who protects the seal, Wako’s body may not leave the island under any circumstances. Sugata is her childhood friend and heir to one of the island’s distinguished families, the Shindou clan. Takuto jumped in between the engaged couple and gradually approached Wako’s heart even knowing the nature of their relationship....

On the stage of the southern island wrapped in rich nature, the three are bound to cross paths for sure and at times delicately miss each other. The
complicated and twisted tale of love and friendship, unfolds alongside the mystery surrounding the Cybodies.

In the end, what sort of “adolescence” will Takuto enjoy here? And what cruel fate awaits the three? You won’t be able to take your eyes off the direction it takes.
The boy who arrived on the shore one and the boy and girl who saved him.
That meeting will turn the island upside down.
Where will the song of adolescence lead these three?
The boy who carries the radiance of the stars in his chest
The boy who bears the weight of the king’s fate,
and the shrine maiden 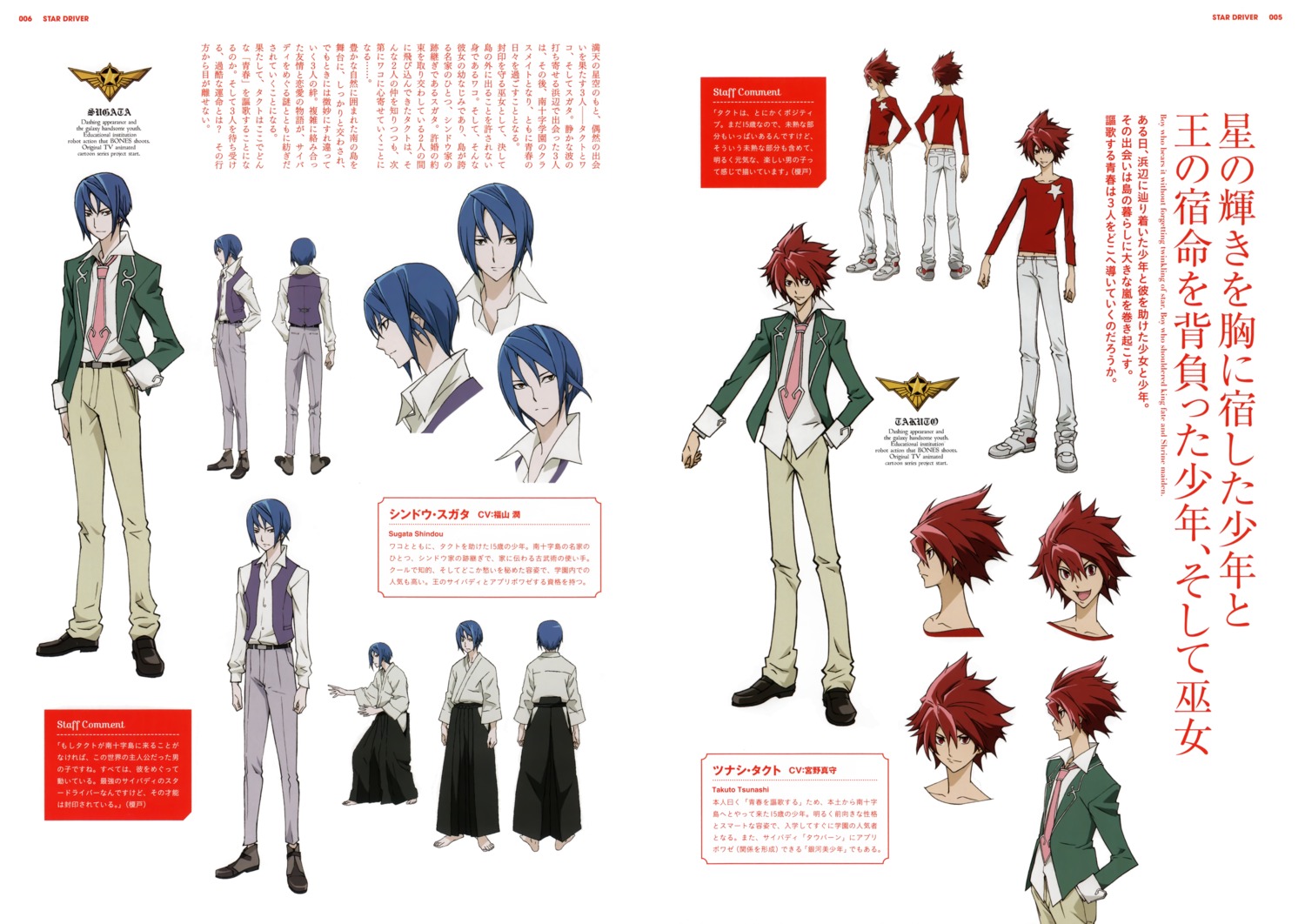