« Previous Next » This post is #5 in the The World of Star Driver pool.

“It goes without saying, but Wako is one of the heroines. Shrine maidens tend to be somewhat mysterious and quiet characters, but she’s fit and lively, and moreover she’s a girl who’s always hungry (lol). At any rate, the main three eat a lot. (lol)" (Enokido)
Agemaki Wako
CV: Hayami Saori
The girl who saved Takuto when he washed up on shore. Her personality is bright and lively and she likes to eat. She’s one of Takuto’s classmates, but, because she’s one of the “shrine maidens of the four directions” who holds the seal on the Cybodies, she can’t set foot off the island for her entire life. She’s engaged to her childhood friend, Sugata.
Kita no Miko (Sakana-chan)
CV: Tomatsu Haruka
A 15-year-old girl who can apprivoise the shrine maiden type Cybody, Nunna. She was captured by the Glittering Crux Brigade and forced to release the seal. Presently, she’s in the care of the Glittering Crux Brigade’s temporary leader, Head.
The island’s South Shrine. There are also shrine maidens who serve here.
The “shrine maiden type” Cybodies: on Southern Cross Island, there are four people, “shrine maidens” who can apprivoise them.

To the Glittering Crux Brigade, who are aiming to release the Cybodies, these girls surely hold the key to the project. They’ve already captured one of the shrine maidens, Sakana-chan, forced her to release the seal, and moved onto the second phase. And presently, they seem to be targeting another shrine maiden, Wako, but...
The secret concealed by the island—the “shrine maidens” who have a deep connection with the seal on the Cybodies. What are they planning, what song are they singing and what story are they telling...?
The Shrine Maidens of Southern Cross Island 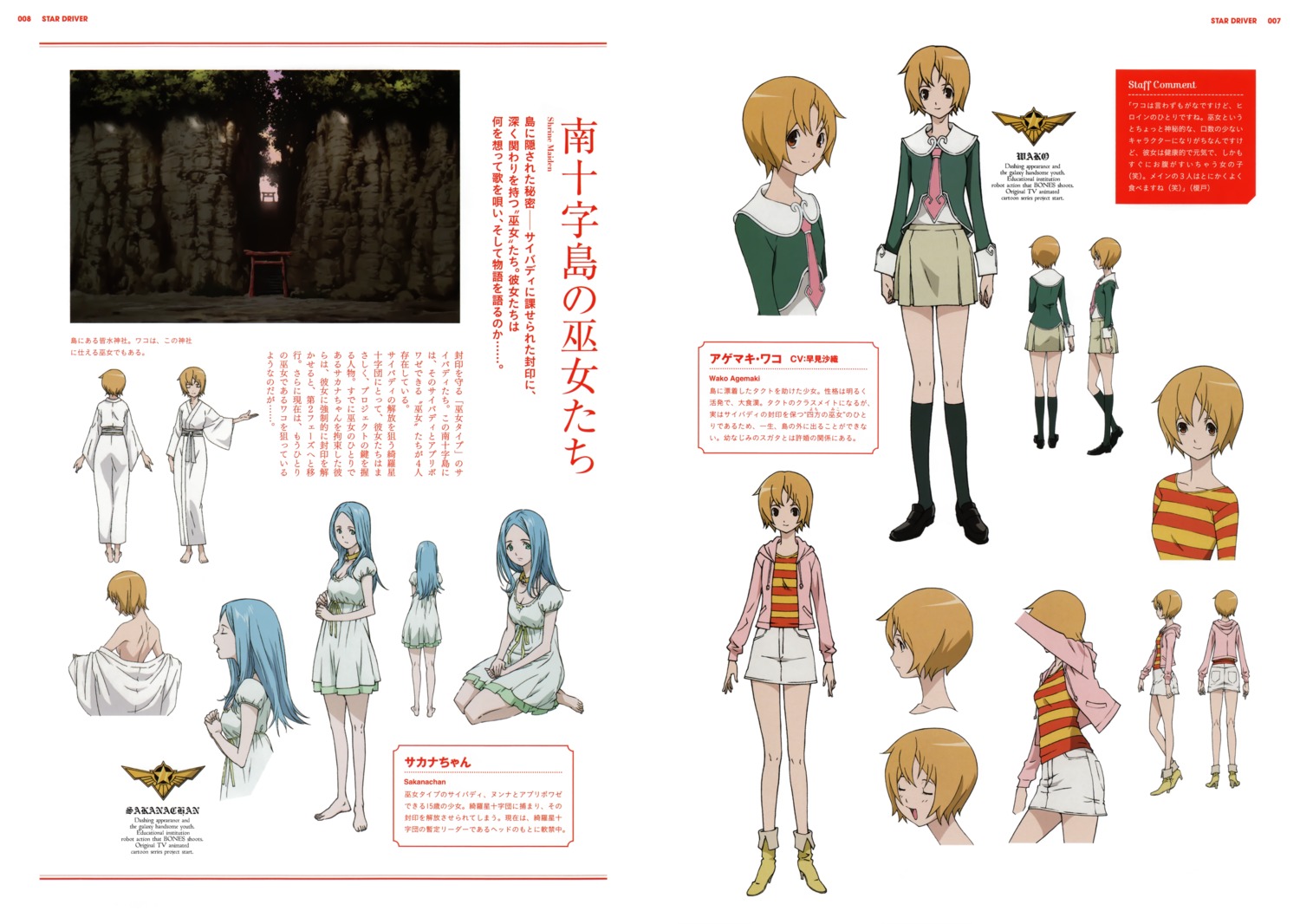