« Previous Next » This post is #6 in the The World of Star Driver pool.

The Academy’s gym uniform. The color of the pink sections changes depending on the grade.
Southern Cross High School School Emblem

There’s a big ‘S’ in the middle, and a glittering star, the symbol of Southern Cross High School.
Makina Ruri

One of Takuto’s classmates and close friend of the always cheerful Wako. Her specialty is meat and potatoes!
Sugatame Tiger & Yamasugata Jaguar

Takuto’s fellow drama club members. They’re maids to Sugata, heir to the Shindou clan, so they’re always by his side.
Takuto came to Southern Cross Island to “enjoy his adolescence.” The school he ended up attending is Southern Cross High School. With its spacious buildings, grounds wrapped in rich greenery, and surrounded by more lively classmates than anywhere else, Takuto managed to start a new life on this island.

Boring classes where the teachers’ voices drone on endlessly, the idle conversations during break, lunch with friends, love gossip…. It seems to be everywhere, but that’s the day-to-day of a priceless “adolescence.” At the edge of the blue sky particular to this southern island, Takuto and the others pass this sparkling time.

Of course, there are clubs after class too. Takuto, Wako and Sugata join the drama club with strict, but kind, senior member, Endou Sarina, and the cute mascot “sub chief.” As the sun slowly sets behind the school building, Takuto and the others zealously rehearse with the other members. This is another unmissable scene of adolescence.
Sub Chief
A cute animal that resembles a fox, affectionately called “Sub Chief” by the members of the drama club. Both in school, and of course out, he goes with Wako and the other club members wherever they go.
Endou Sarina
CV: Sakamoto Maaya
The president of the drama club, “Night Flight,” that Takuto and the others are members of. She's a non-native of the island who moved there three years ago from Tokyo, but she’s very reliable. Since she knows about the Glittering Crux Brigade and Zero Time, she acts as Wako and the others’ advisor.
The Theater Club “Night Flight” 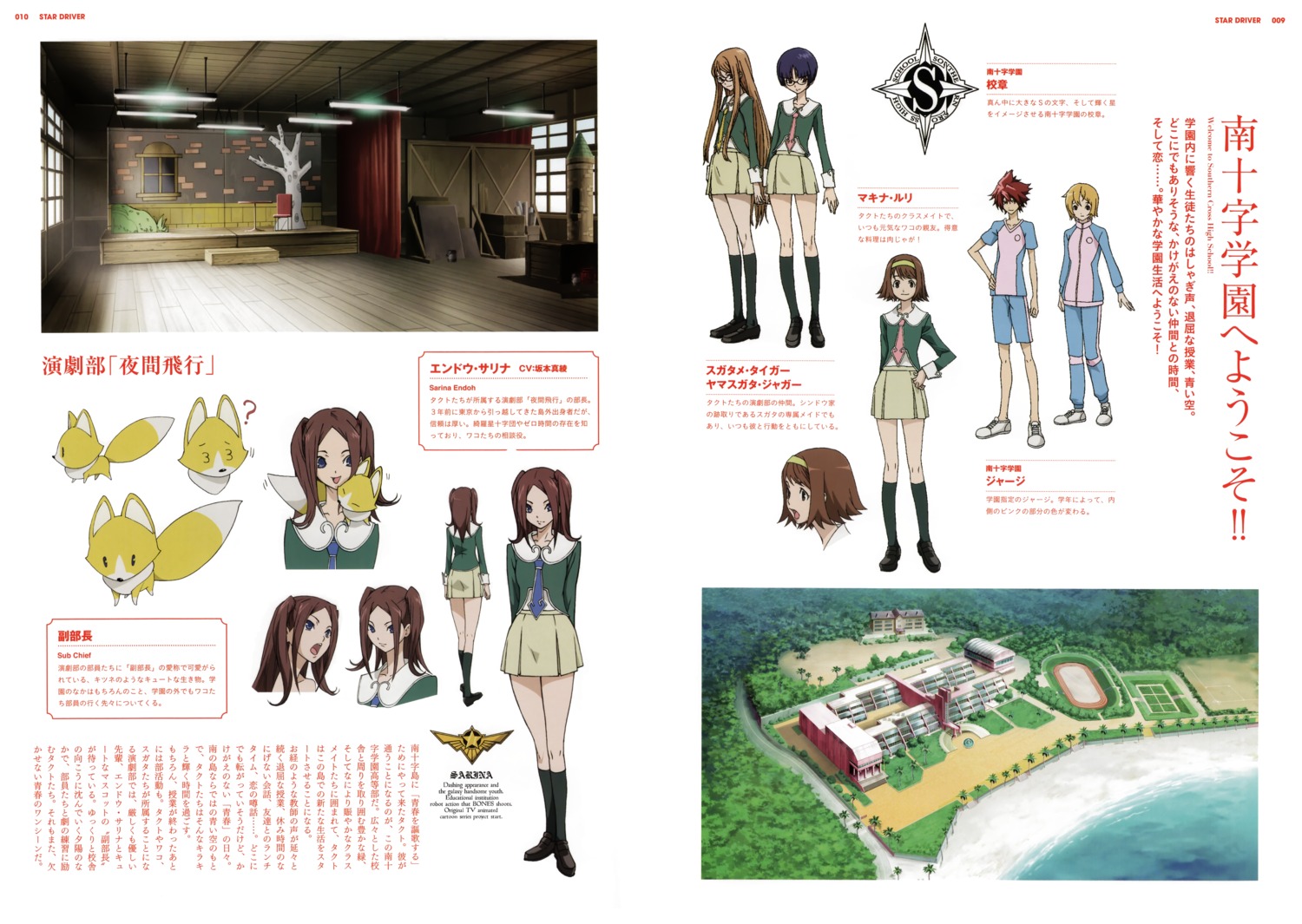