Chocola's master:
Vanilla's master's older brother. Pastry shop manager.
Has been feeling guilty recently about having taken both of the girls and their virginities.
Vanilla:
Chocola's younger twin sister. Her master is Chocola's master's younger sister.
She's from Kansai, but she lost her accent because her master didn't like it.
She is in love with Chocola and sees her master as a rival for her affection, but she has always worried about looking for a male, so she thinks the relationship between the three of them may be the answer.
*Presently in heat
Chocola:
Vanilla's older twin sister. From Kansai.
She loves her master but can't express her feelings to him, and is oblivious to the feelings of her sister.
She's worried that Vanilla will take her master from her. However, she hates fighting and thinks it'll probably be okay as long as the three of them are together.
*Presently in heat 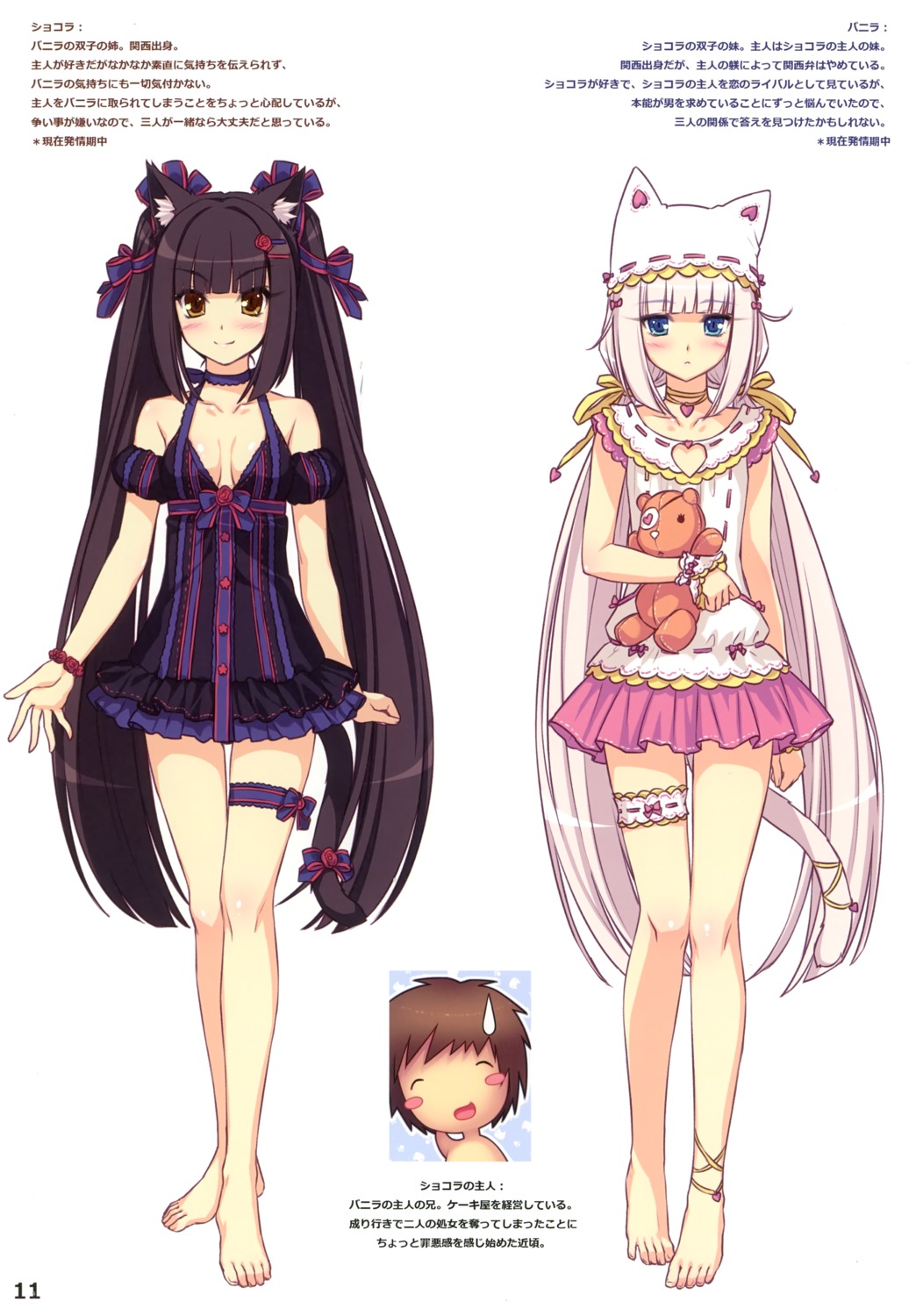 over 8 years ago
The best!

about 8 years ago
It's hard to believe these outfits are they pajamas....