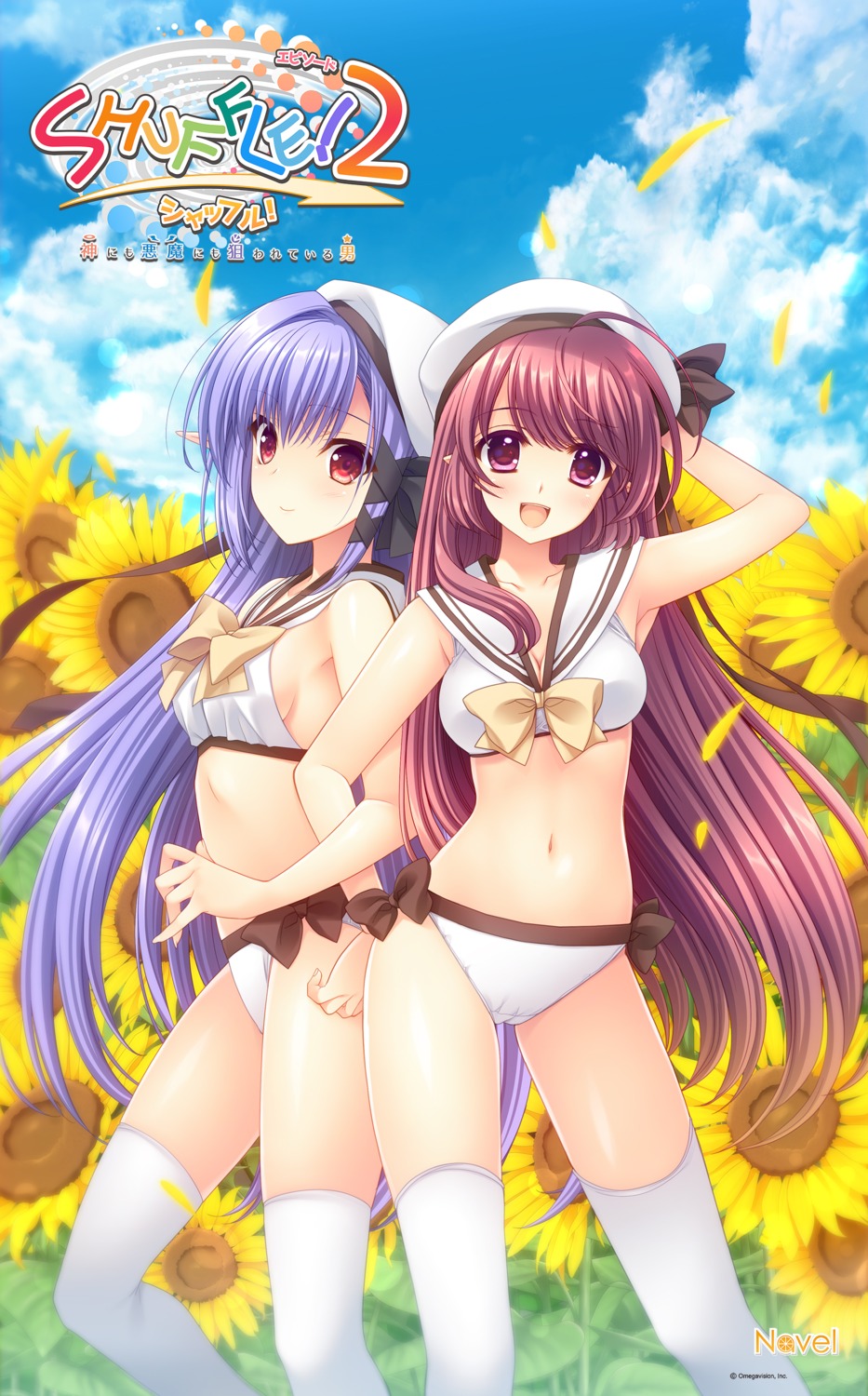 7 months ago
Nope, I don't think they are those two heroines from the previous games - they do look similar, but there're some slight differences (e.g. hair ribbons, etc.): https://project-navel.com/shuffle_ep2/

7 months ago
OK for Lisianthus (I thought I had undid this one), but the girl on the left is definitely Nerine.

Trit said:
OK for Lisianthus (I thought I had undid this one), but the girl on the left is definitely Nerine.

Nerine doesn't have that kind of hair ribbon: post #1916

I saw it, but nothing forbids her to have one, for a change. This detail alone is not enough to say she would be not Nerine.
Listen: if it’s not her (let’s wait for more information about the cast), it would be a 100% perfect clone. But even Lycoris (who was a clone of Nerine) was not as identical as her original (because of her blue eyes vs Nerine’s red eyes).

To me, things are clear: she is Nerine (same eyes, same hair color and cut, same body, same everything), until we have any proof of the contrary. We could always change the tags later if, by any chance, I would be wrong (it would not be the first picture to be mistagged, after all). But if you insist to keep no character tags until that day, it’s okay, too.

7 months ago
Yes, until the details are officially announced, it'd be better not to add any character tags, as even they both ARE indeed those two good old heroines back then, their character designs are way too different their original ones.

The artist already said it's not them when it came out a few months ago:

it sounds like a half-joke but yeah, we will see..

john.doe said:
The artist already said it's not them when it came out a few months ago:

Thanks for the verification.

john.doe said:
The artist already said it's not them when it came out a few months ago:

I can’t read Japanese and I don’t follow Aoi Nishimata nor Hiro Suzuhira.

Well, just three letters: WTF??! They will better give some explanations about it!