« Previous Next » This post is #55 in the Tenjin Hidetaka - Macross Valkyries pool. 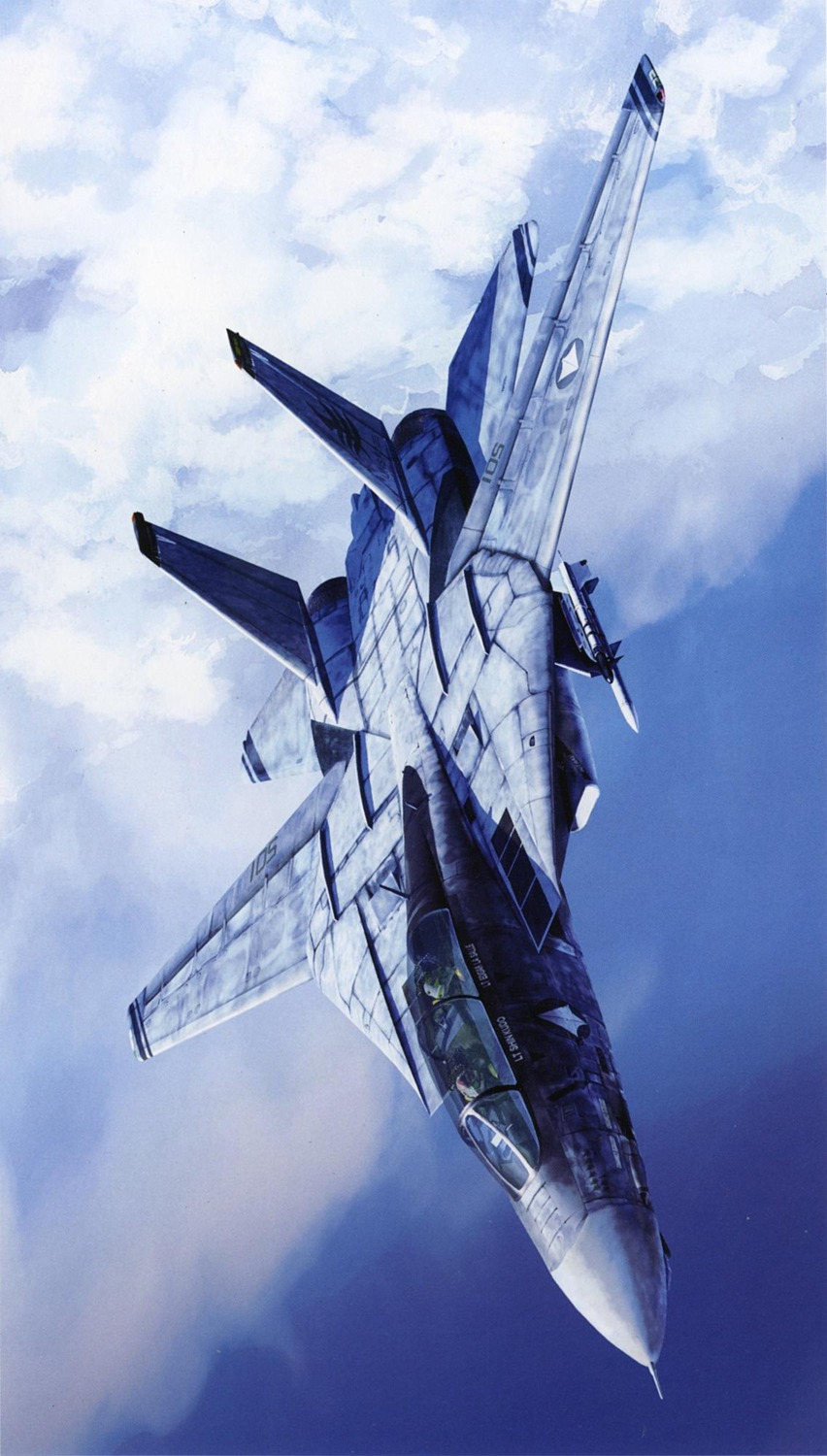 I thought the plane on this picture is the same one as the F-14 look-a-like I commented on before (post #66333). But this IS an F-14. The real one. Are you sure this is from Macross? Never seen/played the anime/game. Just curious.

Although not shaped like any VTF I know, they both have the UN Spacy symbols on the wings.
EDIT: After I posted this I realized that in Macross Zero (set some years before SDF Macross), they used f-14s.

Ah, thanks. I searched around and found that Macross have lots of planes that resemble real life planes. If only the planes don't shapeshift into robots every now and then I'd probably watch the whole series.