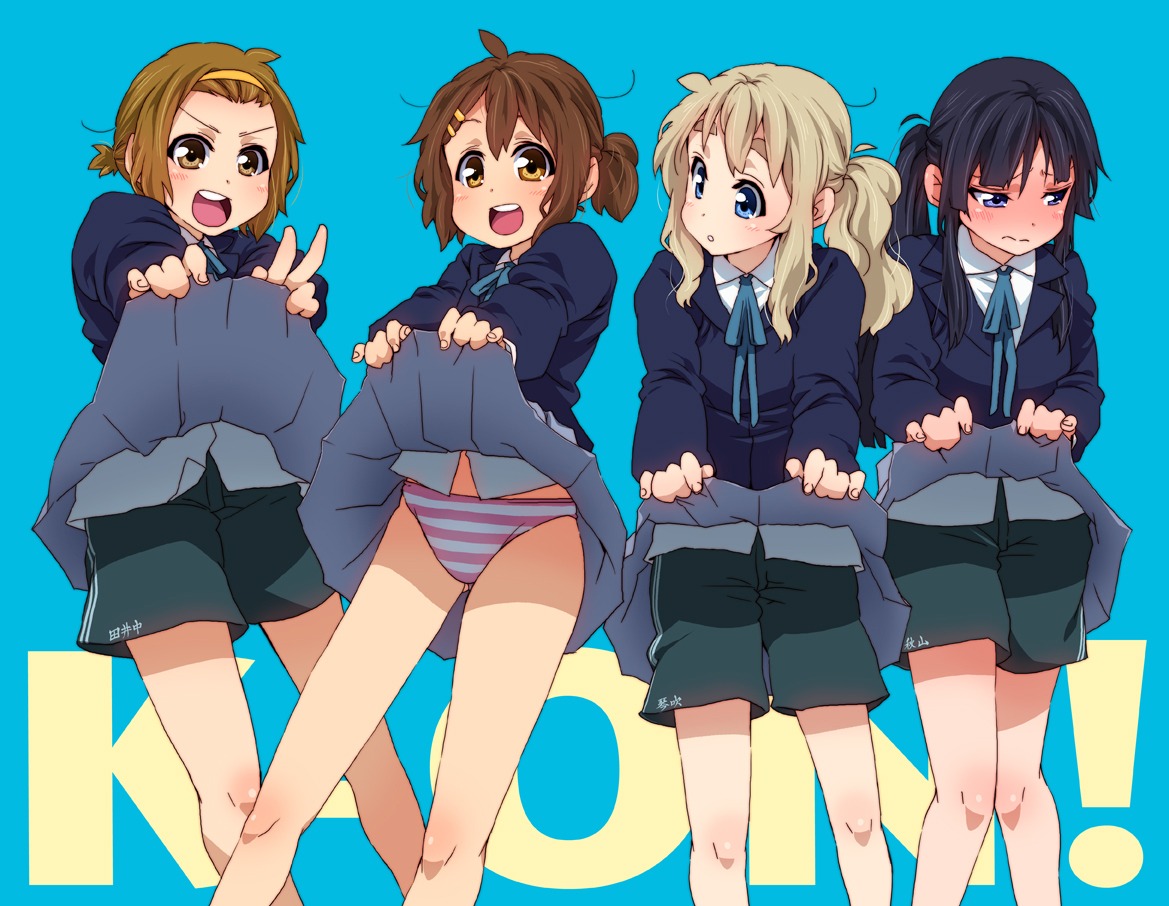 Now Mio. You really shouldn't be blushing. They're just shorts, not pantsu. If anyone should be blushing, it should be Yui...but she isn't.

AZD-A9S said:
Now Mio. You really shouldn't be blushing. They're just shorts, not pantsu. If anyone should be blushing, it should be Yui...but she isn't.

Yui's probably not realized she forgot her shorts yet. Ui will have to show up and notice and be embarrassed for her. (Gotta wonder how Yui's going to survive at college without her sister. (⌒▽⌒)ノ )