This user name doesn't exist. If you want to create a new account, just verify your password and log in. This user name exists. If you want to create a new account, please choose a different name. Enter the current email address you have registered in your profile. You'll get an email containing your new password. You have no email address in your profile, so you can't have your password reset. Password reset. Check your email in a few minutes That account does not exist. The email address specified is not registered with this account. Delivery to this email address has failed.
This image has been resized. Click on the View larger version link in the sidebar for a high-quality version. Hide this message.
Image samples have been disabled. If you find this to be too slow, you can turn samples back on in your profile settings.
This post has a child post. (post #58497) 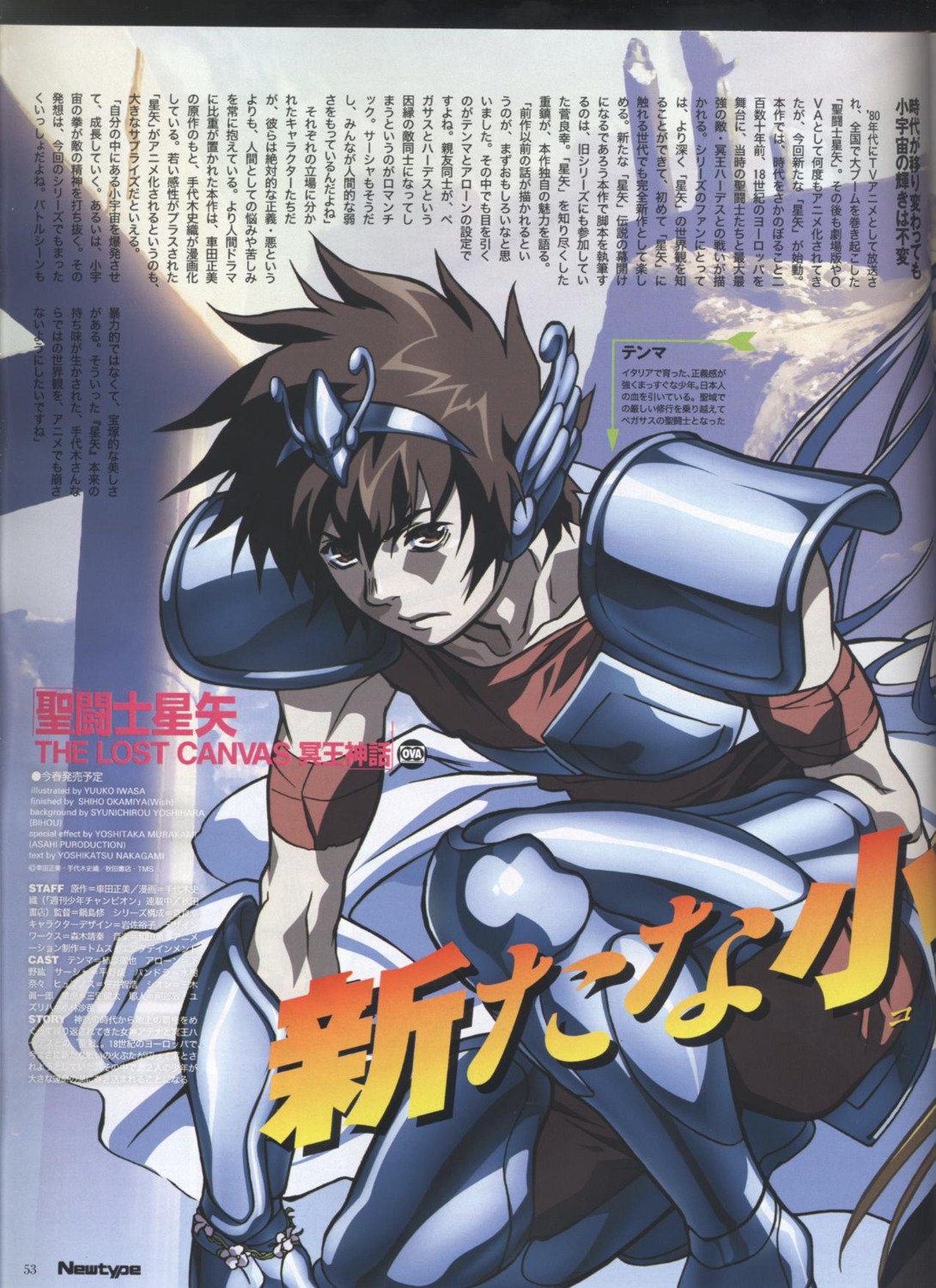 Uh... call me ignorant but why were these 2 pics considered as parent and child posts respectively?

That links them together.

The fist OVA of Saint Seiya: The Lost Canvas will be released in march.

I'm excited because it'll feature a totally different staff and it will be produced by Tokyo Movie Shinsha, not Toei Animation (YAY!).

Also, Aya Hirano as Sasha and Nana Mizuki as Pandora :3

Looks like they are only going up to episode 60 though.

Dunno lol. The entire series was released here on DVD a long time ago in 6 boxsets, plus Hades. Each one was like 60USD with 18 episodes each LMAO.

Saint Seiya's territory is, mainly, Mexico, South America, Brazil, China (?) and (I think?) Europe. I'm surprised Viz has published most of the manga, though.

Masami Kurumada is too in love with that shitty manga called Ring ni Kakero, to care about SS. Lost Canvas isn't even written or drawn by him, but by another artist called Shiori Teshirogi.

I would like to get the DVDs, but would only do so if it was the whole series...

You can blame "Knights of Zodiac" for making SS a failure in the US ;/

Not US based, so do tell more?

We've got SS since 1990, so that shit never arrived here, but I've seen some vids of it on Youtube... it's horrible.

I can just imagine...